Ban on UberPop is upheld

The Higher Regional Court in Frankfurt/Main has bolstered the taxi industry with the decision it took today, but it is allowing the decision to be appealed before the German Federal Court of Justice.

In his extensive preliminary remarks, the presiding judge made it clear that he was not quite able to follow Uber’s argumentation. The question that needed to be answered was whether it was even possible to forbid Uber from booking taxi trips in the UberPop domain. In Uber’s view, the app provider is just an intermediary and is only providing a platform. All it does is bring two groups of people together: people who have a car and people who want to go from A to B. Moreover, Uber doubts whether the arguments presented by the plaintiff, that unlicensed drivers represent a safety risk, are well founded. Safety is not guaranteed even with a passenger transport licence. On the contrary, it was claimed that the argument was just a pretext and only served to deter unwelcome competition.

The court saw it differently: the permit restrictions do serve to ensure customer safety. A medical exam is required for a taxi driver to obtain a permit. Lawyer Koller argued that an extended certificate of good conduct is required regularly in order to be granted a taxi permit. Committing a crime can, for example, also lead to the revocation of the transport permit by the authorities. Uber does not have this kind of safety system. The court also acknowledged that it is quite schizophrenic for bookings to be considered legal while it is illegal to carry out the booked trips. On the contrary, Uber is guilty of aiding in this regard, or even of abetting.

However, the court did not have to clarify this issue. In this proceeding, the issue was only whether Uber could assert itself against the temporary injunction obtained by Taxi Deutschland last year. With today’s decision, this attempt could only fail. The court also emphasised that the decision was indeed significant for the entire country. The arguments put forth by the defenders of Uber to refute this were ineffective.

The result of today’s day of hearings before the Higher Regional Court in Frankfurt/Main can therefore be summarised as follows: The appeal was rejected. UberPop is still banned in the entire country! The decision is provisionally enforceable after a security of €400,000, to be provided by Taxi Deutschland. And authorisation has been given to appeal the decision before the German Federal Court of Justice. Uber’s legal representatives were no longer present when the decision was announced. They had communicated beforehand in a statement to the press that they viewed the proceeding strictly as a formality. It was not stated whether the decision would be appealed. The plaintiff Taxi Deutschland was pleased with the decision. tb 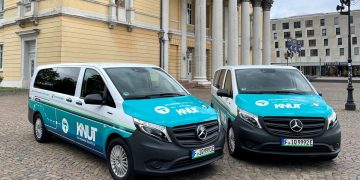 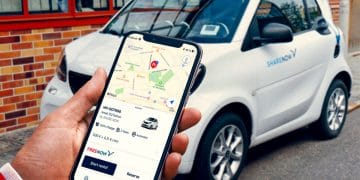