Criticism ‘Uber-Kroes’ not appreciated in Brussels 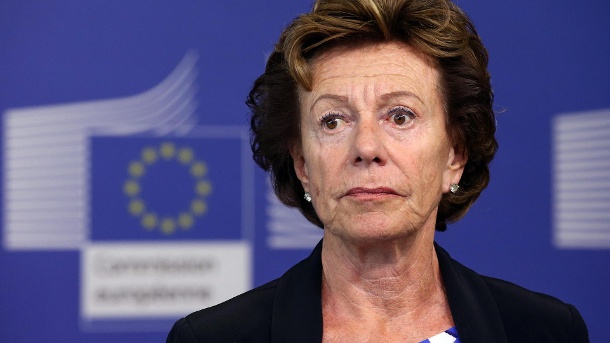 The EU Commission in Brussels has reacted swiftly and rather negatively on the criticism former Commissioner Neelie Kroes – now an important public policy adviser for Uber – levelled against the Commission in the Apple taxation case. An EU spokesperson suggested last Friday that these days Kroes lets herself be lead by the interests of American technology firms rather than by the ‘European interests.’ Literally: “It is obviously quite a challenge to reconcile the role of an old-Commissioner with the temptation to be the spokesperson of Silicon Valley or other parts of the world where the EU Commission’s decisions are viewed negatively.”

Margrethe Vestager (EU Commission, Competition) last Tuesday said that Ireland should claim 13 billion euros in unpaid taxes from Apple. Last Thursday Kroes published an opinion piece in The Guardian in which she criticizes the use of European state support rules to fight tax evasion. In her period at the EU Commission she also claims to have been very active when these state support rules were broken in any way. Until 2014 Kroes was EU Commisioner for the Internal Market.

Funnily enough, it was during her reign that her later direct successor, Joaquin Almunia, started the investigations into state support by Ireland, Luxembourg and The Netherlands. The decision by Vestager to deal with Ireland and Apple came straight from these investigations.

BU: Kroes used to be as critical as Vestager, but now preaches the word of her new Silicon Valley masters.