Court has ruled to stop Uber Black App: Uber has been forced to accept bans and court rulings throughout the entire world against the ridesharing service UberPOP over the past several weeks. The service was even prohibited from operating its UberBlack App in Berlin.

“The court’s decision has no influence on our legal proceedings against UberPop.”

More data breaches at Uber: This time, customer data were made visible to all on a lost-and-found website.

A new app called UberJacking: Carsharing is so yesterday – it would be a lot better just to haul the chauffeur out of his car and take off with the hijacked car. At least that is how the ‘Stop Uber’ initiative sees it.

‘Rip-off’ fees at charging stations: The electricity costs for electric vehicles are in some cases more than three to four times higher than residential electricity costs, as reported by a finance show on German television.

Saving for the minimum wage: Two taxi companies in Kassel calculate why it is cheaper to drive a hybrid vehicle rather than a diesel.

Border accusations: Taxi companies in Konstanz are not really best mates with their Swiss colleagues in the neighbouring city of Kreuzlingen at the moment. They are accusing them of stealing their passengers from Germany. However, the reverse is also true… 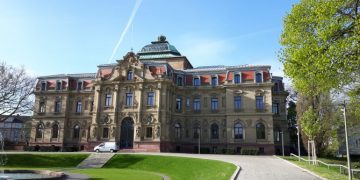