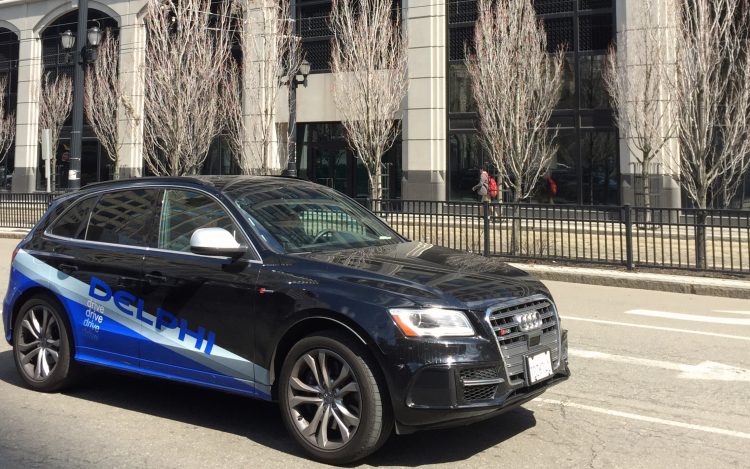 Automotive News reported that Delphi has retrofitted an Audi SQ5 with self-driving technology for a cross-country trip last year. But it will use a different model for its first taxi test.

Delphi Automotive wants to expand its road test of driverless taxis – scheduled to debut next year in Singapore — to other cities. „We are talking to multiple cities,“ Delphi CEO Kevin Clark told Automotive News. „By the end of this year, we’ll announce one or two additional partnerships.“

In a conference call with industry analysts in August, Clark noted that Amsterdam, London and Shanghai were considering plans to test „robot taxis.“ But last week, he declined to confirm whether Delphi is negotiating with those municipalities. In general, big cities are good locations because they have lots of potential customers for taxis. They also have slow-moving traffic — good for driverless cars — and can designate particular neighborhoods for the fleets to operate in. „It’s a logical place to launch a program,“ Clark said.

Those conditions are all in place for Delphi’s initial test in the city-state of Singapore. A consortium led by Delphi will retrofit six vehicles with cameras, radar and lidar. They will be electrified vehicles with five or six seats, but Delphi has not disclosed the model.

In 2015, Delphi engineers took an Audi SQ5 crossover retrofitted with self-driving technology for a coast-to-coast road test, but the company says it will choose a different model for Singapore.

Customers will summon the vehicles with an Uber-style smartphone app and will take one of three fixed routes to or from various mass-transit terminals. Initially, a trained driver will be assigned to each vehicle to keep an eye on things. Delphi will get rid of the driver in 2019.