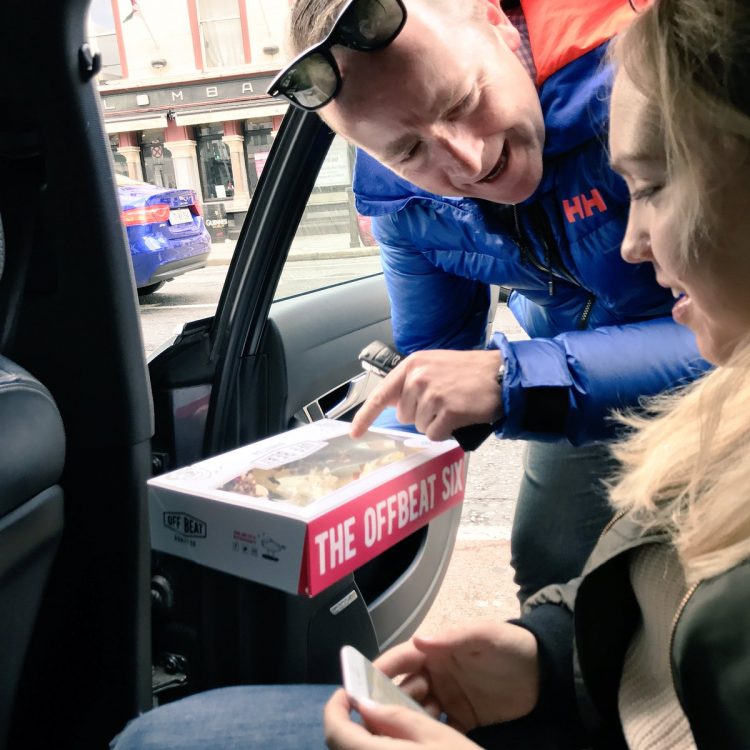 The Irish Mirror discovered that a Dublin taxi driver gave one of his passengers the ultimate Friday treat when he produced a box of doughnuts when he discovered they had never tried a popular Dublin chain – Offbeat Donuts.

Taking taxi services to new heights in the capital, he pulled over along the way and presented his passengers with a box of the delicious baked goods.

When our cab driver found out we’d never had OffBeat Doughnuts he literally pulled over mid journey, paused the meter and got us a box, tweeted Rebecca Welley. The news emerged as one of the lucky passengers took to Twitter to tell everyone about their encounter with what is possibly the soundest taxi driver in Dublin.

Off Beat Donuts were also thrilled to hear of the taxi driver’s efforts, and also took to their Instagram to heap praise on him. „Who is this taxi man?! What a hero!!!.“ Taxi app Hailo have since revealed that the mystery taxi man is one of their drivers, but at this rate, he won’t be remaining a mystery for long. wf