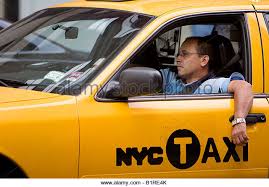 London taxi and PHV drivers have to show a proper knowledge of English. For New York taxi drivers that is no longer the case. Hail a yellow taxi in New York City, and there is a good chance the driver is from another country. Passengers are regularly exposed to a range of languages that span the globe, from Spanish to Bengali to Urdu. It can be charming, but also maddening for riders who feel that drivers do not understand where they want to go. Don’t you have to speak English, some wonder, to drive a taxi here? As of Friday, the answer is no, writes the New York Times.

Past Friday new rules went into effect eliminating the requirement that taxi drivers take an English proficiency exam. Now, the test for a taxi license is available in several languages, to accommodate non-English speakers. The sponsors of a City Council bill to remove the English test argued that the requirement was a barrier for would-be drivers from immigrant communities who were looking for work. But the shift has prompted concerns over whether communication between taxi drivers and passengers could become even more difficult.

“If you’re in New York, you must speak English,” David Hernandez, 26, a cook who lives in Queens, said on a recent afternoon, noting that he already had problems communicating with some taxi drivers. “This is an English-speaking country.”

The change, one of several significant revisions to taxi regulations in New York, was approved by the Council in April and signed by Mayor Bill de Blasio. The shift comes as drivers-for-hire in London are facing the opposite demand: a new English test requirement for drivers from non-English-speaking countries, prompting a rebuke by the private car service Uber. In New York City, Uber drivers have not been required to take the English exam, a disparity officials were seeking to remedy as many yellow taxi drivers have left to work for the app-based service.

Many New Yorkers said they were fine with the change and appreciated the city’s welcoming attitude toward immigrants. Darryl Whiting, 26, a personal trainer who lives in the Bronx, said he had no idea taxi drivers’ language skills were tested.

“I rarely talk to my driver now unless they talk to me, so it doesn’t matter as long as they get there safely,” Mr. Whiting said.

The elimination of the provision follows another major change in the requirements for becoming a New York City cabdriver: Last year, the city’s Taxi and Limousine Commission eliminated most geography questions from the license exam, alarming some veteran riders, who complained that drivers already seemed less familiar with the streets than they once did. Even in an era of global positioning devices and mapping apps, drivers and passengers often have exchanges over directions, fares and tolls. And there are those who simply want to chat about their day, the weather or even the sorry state of their love lives.

Councilman Ydanis Rodriguez, who sponsored the bill and is himself a former livery driver, said the legislation was intended to level the playing field so yellow-taxi and Uber drivers faced the same licensing requirements. Thousands of people, he said, now drive for companies like Uber and Lyft, another app-based service. “They don’t have any language requirement, and no one has complained that they can’t communicate with them,” Mr. Rodriguez, a Democrat who represents northern Manhattan, said. A spokesman for the mayor, Austin Finan, said the taxi commission and the mayor’s Office of Immigrant Affairs were developing an educational program for drivers to teach them industry-specific English. Ending the test would not do harm to the “safe and reliable customer service” in the industry, he said.