Historically the European Taxi Fair (ETM) is very much a German taxi meeting on steroids. Only a small fraction are from abroad.

Most of them were traditionally Scandinavians and taxi colleagues from neighbouring countries and of the more than 100 exhibitors, most are from Germany. The largest contingent –in surface- is generally made up from German car producers and importers. The most international group (around 20) comes from the IT, app and dispatching sector and generally consists of producers from Eastern Europe and neighbouring countries. Several stands came from Austria (FMS, fms systems, HALE), Scandinavia (CenCom, FinnFrogne, Megtax), The Netherlands (Taxsan, Taxi Butler, Bierman and Euphoria Cabman) and the United Kingdom (Viking Electronics Ltd, Digital Dispatch, London Taxi Company). The latter had come to Cologne to collect feedback on its present (TX4) and future product (TX5?). From January 2015 the London cab maker will be conducting interviews in focus groups to determine the shape of its next cab – probably an electric or even a hydrogen cab.

Many exhibitors welcome their existing local or foreign customers, but Finn Frogne/Megtax and Euphoria Cabman were clearly testing the waters in Germany for their dispatching soft and hardware plus their taximeters and were quite pleased … 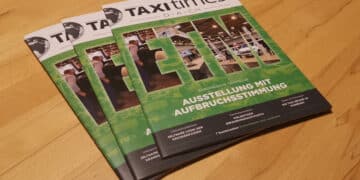 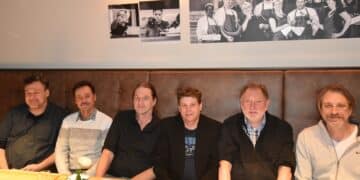