Florida’s Uber drivers were getting excited for hurricane surge pricing 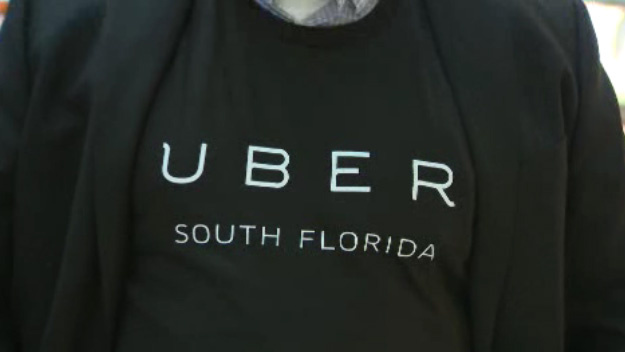 While most people are afraid of hurricanes, some Florida Uber drivers were eagerly anticipating Hurricane Matthew, which hit southeast Florida Thursday afternoon, then made its way up Florida’s coast. The storm has killed at least 11 people in the Caribbean islands, but stateside, some of Uber’s drivers saw it as big money-making opportunity, according to posters in a number of online drivers forums and Facebook groups for Uber drivers, comments local blog Vocativ.

In a handful of closed Facebook groups for Florida drivers, each with several hundred members, users were posting maps taken from local weather channels. A man from Melbourne, a city in the hurricane’s expected path, wrote “I wonder if I can get any 3.0 surges when this comes thru on Friday.” The attached image showed looming red hurricanes swirling over his state. Others swapped practical tips for driving during a storm, including where to get gas without waiting in the long lines that have plagued some stations in the area.

Over at UberPeople.net — an open forum that’s often where disgruntled Uber drivers go to gripe — the Miami region was looking forward to driving through a little wind and rain to make big money. “Who’s up for the teeny tiny surges for a little bit of danger, err… I mean adventure? I’m in,” said a user, who started a thread under the heading “Hurricane Matthew driving” on Tuesday. “Keep the app off till you get 5x,” said another, referring to the surge rate.

“Those of you driving SUV’s or Crossovers this could be a money maker,” wrote one. “Us guys with the little Corollas or Kia Souls should try to keep our cars high and dry. Also do not accept any UberFool rides, specially after the storm,” a joke on UberPool, the platform’s service in which multiple riders share a car for a discounted rate.

“Just drive smart people,” the same user wrote later. “Don’t move your car unless there’s a surge and be smart driving to conserve gas.” Others pointed out that Uber might cap surge pricing, as it has done in the past. “I’ve been through hurricanes,” a poster noted. “Don’t be an idiot, it’s not worth it. Uber will cap the surge anyway.” One poster in a closed Facebook group for Southern Florida Uber drivers said: “today will be a money maker!” A few hours later, however, he and another member admitted that so far things had not been as busy as they’d hoped.

Uber did not respond to request for comment on how it plans to handle surge pricing during the storm, but in the past it has indeed capped surge pricing and, in the case of emergencies, removed it all together.