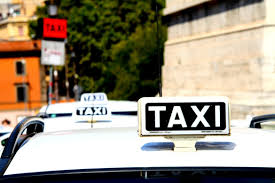 That taxi transportation is a revived market in the city of Split is even further confirmed by the establishment of a new taxi group called “Zeleni taksi Splita” (Green Taxi Split), whose members could soon be driving the streets of Split. Filled with mostly young, educated carriers who are waiting to obtain permission from the city to perform taxi transportation, this association was founded to enhance this type of taxi transportation and make it, most importantly, less expensive for end-users, reports Slobodna Dalmacija last week.

Jurica Prgomet, president of the newly formed association, says that their ultimate goal is the correction of prices, which should be 20 to 50 percent lower than the existing ones – an effort that will satisfy both the carriers and the citizens of Split.

“We expect that we will begin to work by the end of this year, because now we are waiting for resolution of technical issues such as the issuance and delivery of taxi permits by the city government, which is expected after the completion of the public tender and published lists of priority. We chose the name „Zeleni taksi Splita“, the English version of which is „Go green“, because we want to point to the fact that our vehicles are mostly new hybrids, which are environmentally friendly. We have new, young taxi entrepreneurs who want to offer citizens better transportation, but also change the image that has so far been given to Split taxi drivers,” says Prgomet.

Mirza Ibrahimovic, member of the Supervisory Board, explains how Zeleni taski Splita will work. One way to order a taxi will be by calling the call center, where the dispatcher will assign the nearest vehicle to the registered address of the user, or you will be able to order a taxi through a smartphone application.

“It is important to note that we, along with the ‘old’ taxi drivers in Split, are now the only legal taxi transportation, unlike Uber or Cammeo. We wanted to show through this merger that the little man is not to be rejected,“ said Ibrahimovic.

This taxi association now has 20 members, where each owner owns one vehicle. However, they expect more professional drivers (between 20 and 50) to join, given that the company would like to provide 24-hour service. All drivers, of course, must have completed traffic school and passed the examination of knowledge of the city, and meet all other requirements as licensed for taxi transportation.