Hamburg’s good reputation: Hansa Funk has positioned itself as the radio circuit for the residents of Hamburg.

“As established radio circuits, we are faced with growing competition from national and international groups that dispatch taxis in an impersonal way, exclusively via app. This is why we have to reinforce our presence among the local Hamburg residents.”

Dirk Schütte, CEO of Hansa Funk, during the launch of a new Slogan ‘Hamburg’s good reputation’

Uber accused of lax safety practices: A woman who says she was sexually assaulted by an Uber driver last month in New Delhi has filed a lawsuit against the company.

London’s first electric taxi cabs rolled out: It looks like a typical London-Taxi. Inside there is seating for up to seven passengers, complete with a USB charging socket, panoramic glass roof and colour TV displays.

A Tesla taxi is now also operating in Finland for the first time, A Finnish first in the city of Turku.

An app for the 50/50 taxi: In the Ostalbkreis district in the German federal state of Baden-Württemberg, 50/50 taxis can be hailed by app as of 2016. Paper vouchers have been used until now. It is a sensible move, since the half-price taxi fare applies to youths up to 25 years – a generation that has grown up with apps.

Taking stock: Numbers are tight for a taxi company with 34 vehicles in a district where the rates have been raised by 30 per cent.

Swiss vignette price hike: The annual motorway vignette will cost €40 as of 1 February, due to the decoupling of the Swiss franc from the euro. 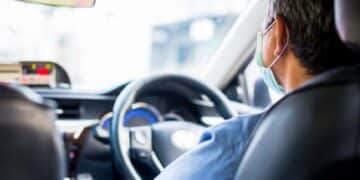 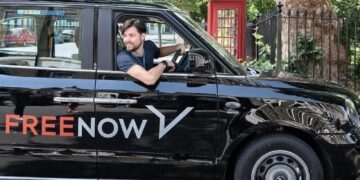