By integrating a new slogan into its corporate logo and maintaining a social commitment with a positive impact on its marketing, Hansa Funk has positioned itself as the radio circuit for the residents of Hamburg.

The slogan ‘Hamburg’s good reputation’ will be part of the logo of the Hansa radio taxi circuit in the future. Dirk Schütte, chairman of the Hansa cooperative, sees this as a reaction to Uber, mytaxi and similar companies: “As established radio circuits, we are faced with growing competition from national and international groups that dispatch taxis in an impersonal way, exclusively via app. This is why we have to reinforce our presence among the local Hamburg residents.”

Included in this reaction is the decade-long social commitment to give back part of what the Hamburg location has allowed them to achieve. For example, 300 Hansa taxis will soon be displaying door advertising for three NGO projects in Hamburg, free of charge.

Hansa’s good reputation as a radio circuit has been recently confirmed by customers. Hansa Funktaxi eG was named ‘Best Radio Circuit’ in Germany in a nationwide survey commissioned by DEUTSCHLAND TEST and FOCUS-MONEY. jh 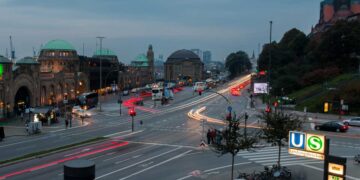 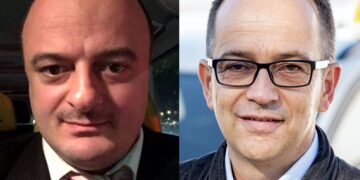