On January 1, 2015, Hermann Waldner (62), CEO of Taxi Berlin TZB GmbH (5.700 cabs, 15.000 taxidrivers, 8 million trips a year) and founder/co-owner of the taxi-app Taxi.eu (62.000 taxis in over a 100 EU-cities) is joining the management of the Munich radio-circuit IsarFunk 450 540 Taxizentrale GmbH & Co. KG as the successor of Hubert Schmidt (66). Together with Christian Hess, Schmidt was one of the original founders of this second Munich radio-circuit in 1997. Hess will now partner with Waldner in the management of this radio-circuit which runs 430 taxis in the Bavarian capital and takes care of 1,5 million trips yearly. Isarfunk also manages all taxi transportation at Munich Airport. Hubert Schmidt will advise Munich Airport on all aspects of its taxi service

With Waldner’s involvement in Munich, Taxi Berlin and Isarfunk are aiming for synergies. “We would like to use synergies from our communal experiences. A well-organised radio-circuit minimizes waiting-times for customers and drivers alike, as there’s always a taxi close to the customer.” Isarfunk CEO Christian Hess said he was happy to have Hermann Waldner as his new partner: “Our company cultures are very alike. We both believe that we can only win over and keep our customers by a prompt, quality service which is widely available.”

Waldner also sees another reason for joining forces: “These are difficult times for the taxi industry. That’s why we, as fragmented local companies, are aiming for increasing cooperation. Because of our fragmentation we are often an easy prey for Uber & Co.”

Both companies can count on well-developed IT-support, enabling a swift and extensive service for the customer: from taking the call to the cab arriving at the client’s address usually only takes 3 minutes. Apart from that both companies continually aim at raising their service-level. Taxi Berlin recently launched a special VIP Taxi Service. “With additional service quality we aim at countering the influx of more and more cheap taxiservices”, Waldner recently told the magazine Focus Money. wf 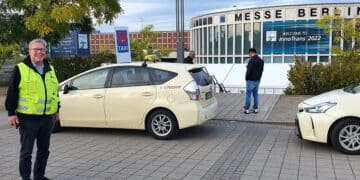 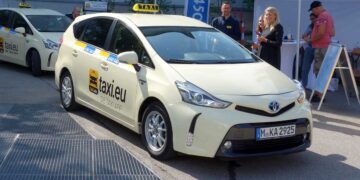