How safe are Saudi women in taxis driven by Saudis? 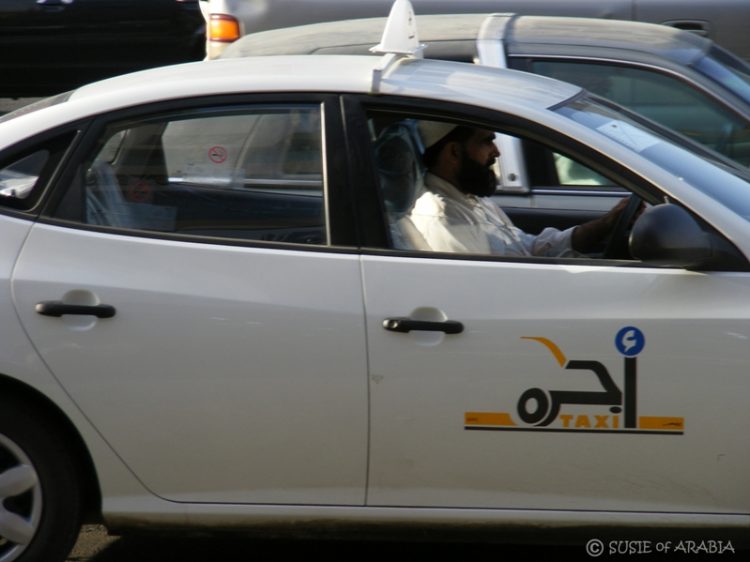 Samar Al-Miqrin writes in the Saudi Gazette about the safety of women in taxis driven by Saudis. But there is a wider picture that has to do with quality, she explains. But also with the new policy of having taxis driven by Saudis instead of expatriates: The issue of smartphone apps for taxis is a controversial topic everywhere. When they were launched, many taxi drivers lost their jobs and customers. Taxis booked via an app are usually cleaner than traditional taxis found in the street and offer better services at reasonable rates, especially inside cities where conventional taxis are expensive.

When I visited New York last year, I saw dozens of yellow cab drivers protesting about these apps. They were angry because their business had been negatively impacted and they were no longer able to compete. Although I felt sad for them, the truth is that the taxis that are booked via smartphone apps are way better than traditional taxis in terms of quality of service. Moreover, the drivers speak nicely to customers and do their best to make customers happy because they know if they do not, then customers will give them a negative review.

In the Kingdom, these apps play an important role in helping Saudi families travel, especially in light of the ban imposed on women driving. In other countries, people use taxis for certain errands. Saudi women are happier and no longer feel worried about riding alone with a taxi driver. In fact, these apps are a solution to the transportation problem that women used to face.

The Ministry of Transport recently issued a decision to Saudize taxis and replace expatriate taxi drivers with Saudis. I was glad when I read the news and thought that Saudi taxi drivers should be given an opportunity to prove themselves. But a few days after the decision, I started to carefully think about this matter.

The decision will result in Saudi women being alone with a Saudi taxi driver in the same car. I think there is a contradiction between this decision and the ban imposed on women driving in the Kingdom. Saudi women are banned from driving because of Saudi drivers, most of whom are young and reckless. If young Saudi men are dangerous and they are the reason why women cannot drive, then what is the justification for the decision to allow young Saudi women to get in a car with young Saudi men? I would like to reiterate that I am not against Saudization, but we need to look at this issue more carefully.