How taxi apps are being used to care for the elderly 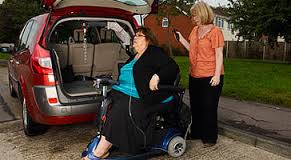 From sharing economy to ‘caring economy’: With the NHS and Britain’s social care system under more pressure than ever before, on-demand digital businesses are being roped in to pick up the slack. Cera, a private social care group which matches carers with elderly people, today revealed a deal with taxi app Gett to use its trainee black cab drivers to ferry non-prescription medication from chemists to homes. It’s a deal which will help Cera get prescriptions to patients within an hour in central London, something Cera’s co-founder Dr. Ben Maruthappu says will reduce the strain on hospital waiting rooms.

Last month Cera announced its first NHS partnerships with Barts Health Trust and a number of other organisations, which cover a combined 5 million people, to let doctors call on Cera’s carers to help transport and care for elderly patients once discharged. Uber’s also getting in on the action, Cera has a separate deal with them to transport its London-based carers to their patients.

Today these ‘sharing economy’ businesses are all being coordinated, largely by Cera, to get elderly patients home, cared for, and loaded up with their medications. Obviously critics will point to the fact that social care has been privatised, ignored and underfunded by successive governments.

In 1979, some 64% of residential and nursing home beds were provided by local authorities or the NHS, today that figure is less than 6% and similar figures can be found for the provision of home care. Cera and its peers won’t solve Britain’s social care crisis – which the Government has pledged an emergency £2bn investment to fix, but likely still won’t be enough. wf