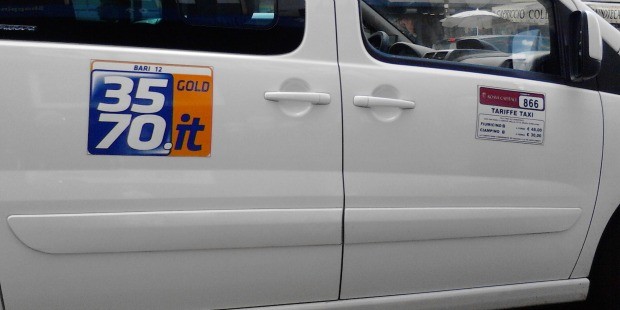 Cryptocoinsnews announced that Italy’s biggest taxi firm, Cooperative RadioTaxi 3570, said earlier this month that it is now accepting the digital currency, bitcoin, as a form of payment to its customers, according to Bitcoin.com.

With 3,700 cars in the capital of Italy, answering 30,000 calls a day, and providing more than 10,000,000 taxi services throughout a year, it says it is the biggest taxi firm in Europe. This announcement further expands the companies reach at a time when bitcoin’s growth shows no signs of slowing.

Through the partnership with Chainside, a startup located in London and Italy that enables companies to accept bitcoin, the taxi firm has successfully extended their payment reach to include bitcoin. Its other payment choices include credit card, PayPal, and Bancomat.

In September, Chainside joined up with the founder of the Italian Union of Radio Cabs (URI), Loreno Bittarelli. He is also the president of RadioTaxi 3570. Last year, RadioTaxi 3570 and Chainside, co-hosted a hackathon for the taxi industry in Rome called ‘TaxiHack’. The hackathon was a first for the industry that drew on new ideas for the taxi industry, which saw the winner as BitTaxi, an app that allows customers to pay with bitcoin for the taxi service.

At the time of the ceremony, Bittarelli said on the Union Italian Radio Taxi, that it was hard to imagine to think that everyone can accept being paid in bitcoin. He added: “What we want to walk from this initiative is that we are not as conservative and opposed to innovation as we often describe. The fact that RadioTaxi 3570 now accepts bitcoin shows this as the case.”

This, of course, isn’t the first time that a taxi fleet has turned its attention to bitcoin as a form of payment. At the beginning of the year, Budapest Taxi teamed up with COinPAY, to run 580 active cabs with bitcoin systems thus helping to open the door of the digital currency to the wider public. It seems natural, though, that as the digital currency continues to gain in popularity with its use becoming more accepted that taxi firms too would start accepting it.

Even though there were reports last year of the popular ride-sharing service, Uber, accepting bitcoin as payment, CCN later found out that to be untrue. With more companies slowly realizing that bitcoin is here to stay, more are beginning to include it in the services that they offer for people to pay with. As taxis will always remain in demand, it seems a natural progression for them to offer it too.