‘Leaf-company’ Taxi Electric: ‘Aiming to be the best’

‘Leaf-company’ Taxi Electric: ‘Aiming to be the best’

Three year old e-taxi company Taxi Electric in Amsterdam is probably the world’s biggest user of the Nissan Leaf. There are two versions in its fleet. Ideal for many short trips. Despite Amsterdam’s excellent e-charge infrastructure, the company’s close proximity to the Amsterdam ringroad means that e-cabs can easily (fast)charge (either 30 minutes or 4-8 hours) at home. “I’d rather spend one euro on a charge here, than 8 euros in the city”, says director Ruud Zandvliet, with Edvard Hendriksen founder of the company.

Amsterdam’s Taxi Electric, which just celebrated its third birthday and already did over 2.000.000 electric kilometres, is a really unusual taxi company. It not only has a fullly electric taxi fleet with 25 Nissan Leaf’s – a mix of Leaf’s 1.0 and 2.0- and 10 Tesla S-models, which probably makes it the largest e-taxi-only company in the world. It also has a different business model with only employee drivers in a city where all taxi drivers are self-employed. And it was set up by enthusiasts and a group of backers without any taxi experience. “Nobody believes that commercial success can go hand in hand with social success, and that you can serve society’s interest and your own”, says Zandvliet. “We set out to prove that you can link commercial success with sustainability. And that in the most difficult and thoroughly spoilt taxi market in the world – Amsterdam.”

Taxi Electric aims at a first-class travel experience, with friendly drivers and 4G WiFi on board. Drivers at the company tend to be over … 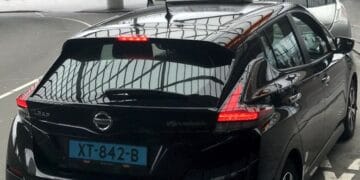 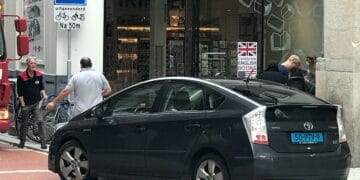