More Singapore taxi drivers to be trained in life-saving skills 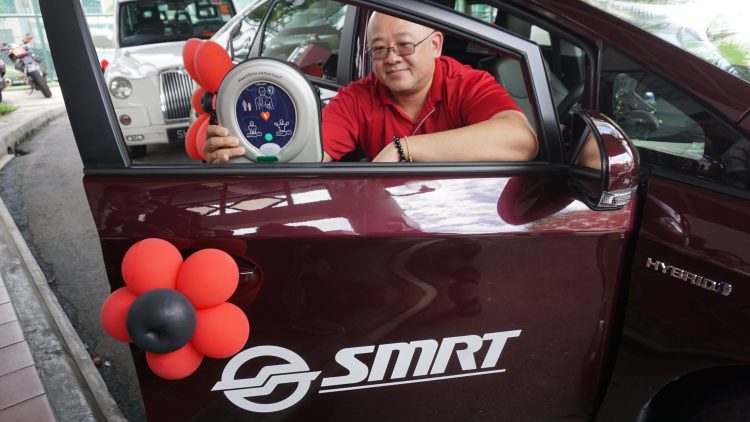 Taxi driver Yap Keng Ho, 55, volunteered to be part of a programme to train taxi drivers in basic life saving skills, Today Online reports. His taxi is equipped with an automated external defibrillator(AED) and he has responded 20 times to cardiac arrest cases within his vicinity.

In the ten months since he volunteered to be part of a programme to train taxi drivers in basic life-saving skills and equip their vehicles with automated external defibrillators (AED), Mr. Yap Keng Ho has responded 20 times to cardiac arrest cases within his vicinity. In one case at an Orange Valley nursing home, Mr. Yap, who was the first to reach the scene, used the electronic device to revive an old lady suffering from pneumonia before the ambulance arrived. The 55 year-old is among the 100 SMRT cabbies involved in a three-year pilot programme launched last November by SMRT and Temasek Cares, the philanthropic arm of Temasek Holdings. These drivers receive alerts via the Singapore Civil Defence Force’s MyResponder app if they are within a 1.5 kilometre radius of a cardiac arrest case.

The Ministry of Home Affairs is working with the National Taxi Association to train more cabbies and union leaders in life-saving skills such as basic first aid and the use of AED’s for cardio-pulmonary resuscitation and fire safety. Thirty-five participants have been scheduled for the first training session in November, where they will also be trained to look out for suspicious characters and objects. These include unusual items left in their vehicles.