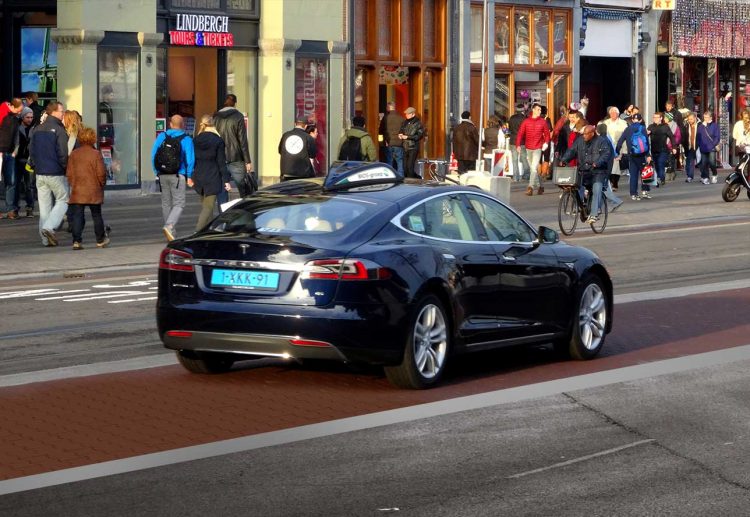 Amsterdam taxi drivers who misbehave, will in future be named and shamed, writes local newspaper Het Parool. This way the Amsterdam municipality hopes to improve the bad quality of the underperforming taxi organisations. How these misbehaving drivers and their taxi organisations will be exposed, is still under legal scrutiny, says Alderman Pieter Litjens (Traffic).

His party in the local City Council, the VVD (liberals), argues there should be a black list of drivers who routinely go wrong. An evaluation by the city shows that the number of minor offences has grown. Mystery Guests noted that drivers often said to have no change. Also documentation like rate cards is less visible. In 2014 there were major violations in five percent of the trips (running red lights or speeding), in 2015 that had increased to thirteen percent of the trips.

Supervisors also wrote longer sentences for trip refusals, meters not switched on, and unsafe behaviour. A liberal council member would like a black list to make clear which organisations have the largest numbers of misbehaving taxi drivers.

Litjens comments in the City Council that there has been a steady quality improvement, but that this is not expressed so clearly in a smaller number of violations. According to the Alderman the successes have been since 2013 when drivers had to come out of anonymity by joining a taxi organisation. Service improved and clients were clearly happier with their trips. Of the twelve taxi organisations five are adhering to the rules. This leading group monitors its own drivers and imposes penalties for violations. The worst group will be monitored more strictly. Bad drivers will be confronted with their behaviour and made responsible for any penalties. Those that do well will be rewarded and given privileges like exclusive use of taxi ranks, less supervision and longer licence validity.

Litjens is somewhat concerned about the cooperation with other agencies which monitor taxi drivers. The Inspectorate for Environment and Transport has successfully helped in tackling the illegal UberPOP service, but the number of inspections of ‘normal’ taxis has decreased from 1202 in 2014 to 159 in 2015.