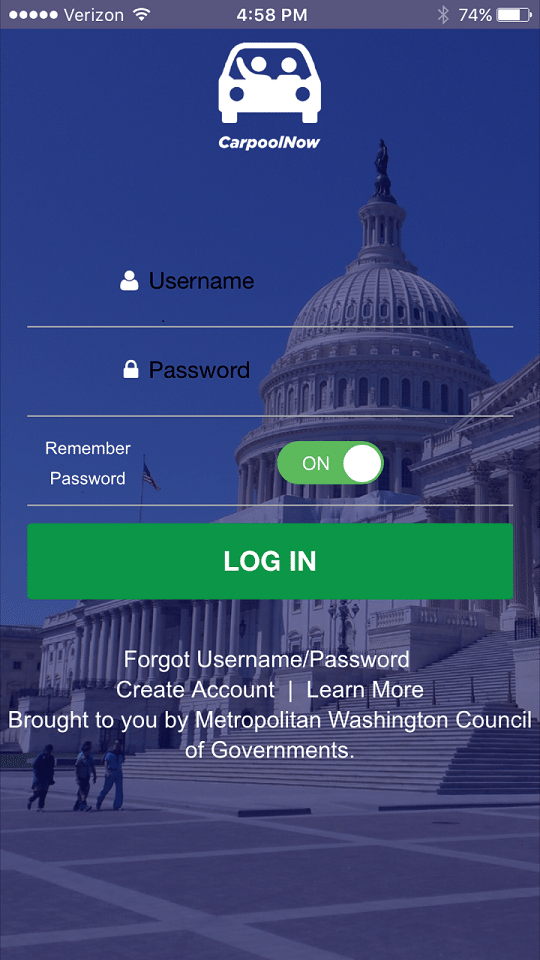 Once upon a time — in other words, in an age before smartphones– this is how carpooling worked: You had some extra space in your car and you found some fellow travelers to fill it. You made friends. Sometimes they even chipped in a little money for gas. It was all very quaint.
But the arrival of apps like UberPool, Via and Split has changed all that. Yes, the apps have simplified the way commuters find rides, but they’ve also monetizing what had been an informal arrangement, comments The Washington Post.

With the launch of a new app, CarPoolNow, the Metropolitan Washington Council of Governments’ Commuter Connections program is trying to take us back to carpooling as it once was. It offers folks a way to connect, but does it for free.
CarPoolNow is free for both passengers and drivers. The real-time app will connect users who are offering a ride with those seeking one. It also displays routes, estimates pick-up times and confirms pick-up and drop-off locations.
“We are very excited to provide commuters in the D.C. region with the CarPoolNow app, making carpooling more convenient than ever,” Commuter Connections director Nicholas Ramfos said in a news release announcing the launch. “In addition to using the app during regular commuting times, the app could also be helpful for carpooling during WMATA’s SafeTrack and other special or sporting events.”

CarpoolNow was developed in consultation with Media Beef, Inc. and is available for download in Apple iTunes and Google Play and soon in BlackBerry World. In order to use it, you must create a Commuter Connections account. If you have already have an account, you need only login. You can then request a ride with other Commuter Connections members.
Ramfos notes there are other benefits to having a Commuter Connections account. It allows you to connect to other services, including Commuter Connections’ Guaranteed Ride Home, which provides commuters with a ride home in case of an unexpected emergency.
The app is another example of ways government is borrowing from the private sector. Earlier this year, D.C.’s Department of For-Hire Vehicles (previously the D.C. Taxicab Commission) launched its own app, DCTaxi, for hailing cabs.

But the success of that app, like CarpoolNow will depend on having a critical mass of drivers and users participating. I remember trying to use D.C.’s taxicab app when it first made its debut, but giving up in frustration because I was never able to get a cab to respond. The ability to quickly get a ride is one of the reasons Uber is such a favorite among users.