The yellow cab industry is having another go at carpooling by taxi.

Carpooling fever is sweeping the US — or at least the nation’s taxi services. Both Uber and Lyft are aggressively pushing carpooling on reluctant riders, who like the cheaper fares but are less bullish about sharing their trips with complete strangers. And now New York City’s iconic yellow taxis are jumping into the carpooling game, with the help from two app startups (Arro from CMT and Bandwagon) plus one of the country’s biggest taxi technology companies: Creative Mobile Technologies (CMT), which controls the payment systems and video screens in about 8,000 yellow and green taxis in New York.

Both business paper Crain’s and The Verge describe how CMT is partnering with Bandwagon to integrate the latter’s tech with Arro. By the end of 2016, customers interested in trading up a solo trip for a cheaper fare can use either Arro or Bandwagon’s apps to book a shared ride in a yellow taxi.

The new feature will allow New York City’s yellow taxi drivers, who have long-complained about losing business to popular ride-hailing apps like Uber and Lyft, to be more competitive in the market, according to Bandwagon founder and CEO. David Mahfouda. “Drivers will be rewarded not only by higher fares from longer rides, but with an additional base fare of $2.50, for making two stops on the same ride,” he said. At the same time the VIA app has started car-pooling taxi trips from and to JFK airport and La Guardia.

Ron Sherman, chairman, CEO, and founder of CMT (and with control of approximately 40 percent of the city’s taxi medallions, a member of the so-called “taxi cartel”), said the integration between Bandwagon and CMT “takes the iconic New York City taxi ride to another level by creating a more seamless experience for drivers and passengers alike.” Earlier attempts to make New Yorkers pool cabs with others have largely failed.

Meanwhile, both Uber and Lyft have been heavily marketing their carpooling features under the belief that riders would like the cheaper fares as well as the supposed environmentally friendly aspects of the service. But drivers complain that customers routinely express their annoyances with carpool rides by giving them negative ratings.

In an interview with Slate last year, Matthew Daus, former TLC commissioner, said, “I knew right away that the carpool stands that were being set up in well-trafficked areas were not going to work. It’s a chicken-and-egg thing. New Yorkers want to go somewhere real quick, they don’t want to wait two seconds for another passenger, and the cab drivers don’t want to wait—time is money.” 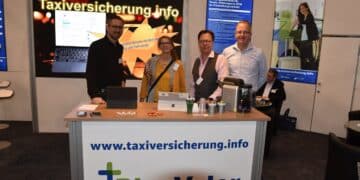 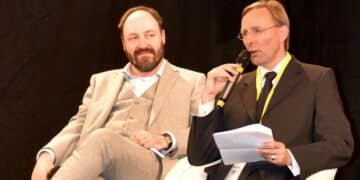