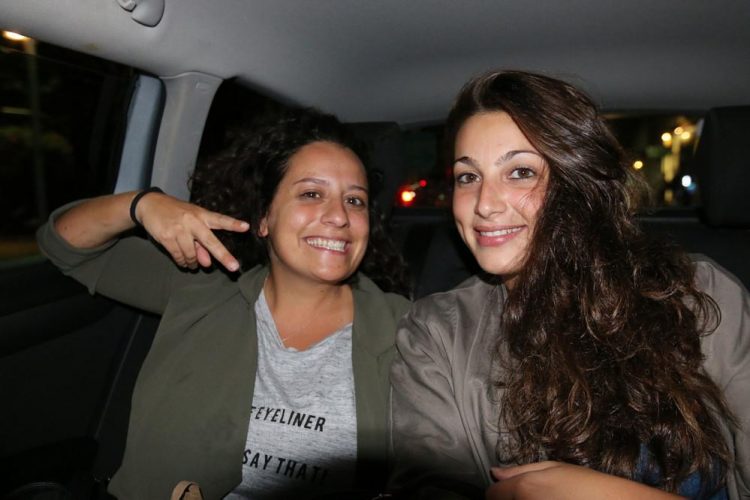 Uber is regularly in the news for its drivers –worldwide- being involved in sexual assaults on female passengers. But now the ‘tech company’ has gone one better, reports The Sun under the heading ‘Uber-protective.’ Its UberPool service gained the reputation of being a hotter meeting place than Tinder. So now Uber bans flirting and physical contact between passengers using this service, “after randy strangers use it to meet for sex.”

Uber announced a new set of rules to ban flirting and other activities deemed ‘inappropriate’ inside its shared car service UberPool. The new guidelines – according to The Sun – say physical contact between passengers, flirting or asking if other car-sharers are single could lead to a permanent ban from the app. Uber is set to ban flirting, physical contact and other ‘inappropriate’ behaviour inside its UK cabs.

The car-hire giant is believed to be responding to high numbers of passengers using the vehicles for sex and dating. The crackdown comes in a bid to reduce “inappropriate or unsafe behaviour” among strangers in their vehicles. Although the rules currently only apply in the US, the firm said a similar policy will be implemented in the UK soon.

The arguably Uber-protective guidelines – says The Sun tongue in cheek – appear to target UberPool users specifically. This is a cheaper service where passengers share a cab with other strangers travelling in the same direction. Uber seems to be responding to a number of randy passengers using the cars for sex and dating.

Last year Vogue labelled UberPool as the new Tinder. According to the fashion magazine one Uber driver said most of the pool journeys he drove involved passengers “getting romantic with each other in his car. They hook themselves up,” he said. He added that it’s a better way to meet someone than a dating site, and when asked if “the environment of the cab had unique sexual powers” he said: “I’m telling you, it does. I’m an eyewitness”.

A number of the rules relate to sexual misconduct between drivers and female passengers, as a large number of Uber drivers have been accused of sexual assaults since the app launched in 2009.

In a statement published alongside the new rules, it reminded users that “Uber has a no sex rule.” Uber will also permanently close your account if use ‘inappropriate language or gestures’ such as ‘asking overly personal questions’ The statement added: “That’s no sexual conduct between drivers and riders, no matter what. We want Uber to be enjoyable and safe for everyone”.

Uber’s regulations also instruct customers on how to behave appropriately when using the services. Offering a guide to etiquette, it says it is “common courtesy not to shout, swear or slam the car door.” Other bans include “inappropriate or abusive language or gestures” like “asking overly personal questions” or making comments that are aggressive, sexual, discriminatory, or disrespectful.”

This is the first time the car-hire company has introduced guidelines for customer conduct whilst using the service. “We may take action against you for violating these terms, including permanently closing your account,” Uber told The Sun.