The name stands for internationality, but the European Taxi Fair in Cologne is displaying mainly German products. You can see that by the colour of the many taxis on exhibit: Light Ivory.

A visit to the fair on 7-8. November (10-18 h) in the Cologne exhibition halls still is not only useful for the German-speaking public, because the direct comparison of so many taxi models is otherwise impossible at any taxi exhibition in Europe. Citroen (without Peugeot), Ford, Mercedes, Mitsubishi, Nissan, Opel, Skoda, Toyota (with Lexus) and Volkswagen are displaying their models, including various vehicles with hybrid drive. Even a purely electric car is there to be admired: The Nissan E NV 200.

Brands such as Fiat, Honda, Kia, Renault and Seat have cancelled their participation. Their taxi sales figures in Germany are partly only in double digits on an annual basis. Income and expenses do not match because in Cologne, the majority of the audience comes from Germany. There are also a few taxi operators from Scandinavia, but surprisingly few visitors from the Benelux countries – despite the proximity. … 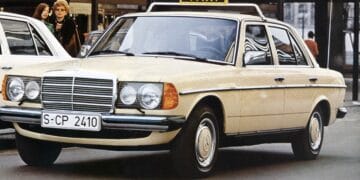 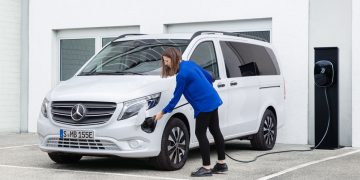