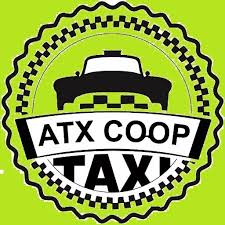 Remember Austin? One of the many cities Uber left in a huff because it didn’t like to play by the local rules? Would local initiatives fill the void? Well, the annual South by Southwest would provide an interesting yardstick. And the Austin Chronicle ste out to report.

By the first Saturday night of South by Southwest, traveling around town had become a disaster for new visitors. On their way out of Austin-Bergstrom International Airport, streams of incoming conference attendees began to realize that the two most well-known transportation network companies – Uber and Lyft – no longer operate in Austin, the effect of the city’s May 2016 vote to uphold certain ridesharing regulations. Making matters worse, that Saturday night the city’s budding ridesharing scene faced outright disaster when two of its fledgling companies – Fasten and RideAustin – crashed for the entire evening in a failed effort to keep pace with the demand. Coastal techies went berserk. Some pledged online never again to attend the conference. Said one attendee to KUT that weekend: „We ended up having to stand on the street like it was 1995 to get a frickin‘ cab.“

It was certainly a good night for the taxi industry, though. The city’s four franchises don’t rely on smartphone technology, and were therefore available to pick up the slack when the two TNCs went out of commission. Head out into the Downtown streets that night (or the arrivals level downstairs at ABIA) and you would have seen yellow, white, and blue taxicabs whipping around for new fares. Most prominent, perhaps, were the relatively new lime green cabs belonging to ATX Co-op Taxi. The cooperative franchise, which first went into service last October after a lengthy bout of negotiations with City Council, believes it can combine the stability of street-hail pickups with a commitment to TNC-style technology that more traditional cab companies now lack.

Such a commitment recently manifested in the form of ATX Taxi, the co-op’s ride-hail app, which hit iOS app stores last Monday. (Google rejected the bid for reasons pertaining to intellectual property. Co-op board members are currently working on a fix.) The app is modeled much like your standard TNC template. Should it ever fail, as happened with Fasten and RideAus­tin during SXSW, the co-op can fall back on its full-time dispatch system – staffed with call-takers at an office just like any taxi franchise. „This is the main reason why we are even created,“ said Nega Taddesse, a board member. „We don’t want to throw away the old traditional taxi service way. But we will also try to be technologically advanced.“ wf