The Atlanta Journal-Constitution reports that in years past, the abrupt shutdown of the primary airport shuttle operator might have sent shivers throughout downtown Atlanta hotels and Midtown businesses.

Yet when national chain SuperShuttle pulled out of the Atlanta market two weeks ago, there were more shrugs than panic attacks. “If this was five years ago, I believe that our industry would have a lot more anxiety about not having that type of [shuttle] service available,” said Peter McMahon, general manager of the Hyatt Regency Atlanta.

“But as technology has changed and the traveling public has become more accustomed to alternative transportation with third parties such as Uber and Lyft … I don’t think it’s going to be a real long-term liability for the traveler.”

SuperShuttle’s departure is the latest sign of disruption in the ground transportation industry that serves Atlanta’s convention and hospitality trade, as well as many businesses. Last year the city of Atlanta spent months grappling with how to deal with ride-share pickups at Hartsfield-Jackson International Airport, where they were happening despite a loosely enforced prohibition based on the drivers’ lack of city-issued permit.

The New Year meant ridesharing companies can now legally pick up passengers at Hartsfield-Jackson International Airport. At the beginning of this year, the city started permitting Uber and Lyft drivers with various conditions and started collecting a per-passenger fee from the companies. The idea was to create a level playing field with taxi and limo drivers who also pay such a fee, and who feel threatened by the rising smartphone-based competition.

Even that has led to further snarls, however, with taxi drivers now appealing one new regulation that all vehicles — ride-share or traditional cabs — be no more than seven years old. Cabbies say that rule, which comes just three years after a 10-year limit was imposed on them, put hundreds of cars out of commission and raised costs just as they face a wave of ride-share rivals.

SuperShuttle, based in Phoenix, in 2014 won a contract to operate shared-ride shuttles between the Atlanta airport and downtown, Midtown and Buckhead. McMahon said he saw SuperShuttles pick up passengers at the Hyatt Regency daily, “but it was rare that I ever saw one full.” McMahon and other hotel managers say they are going to monitor how things go for their guests using other forms of transportation.

SuperShuttle, an international company that operates shared-ride shuttles in dozens of airports, pulled out of Hartsfield-Jackson effective March 1. The company cited the increased competition from ride-share services Uber and Lyft as a key cause. “The airport transportation landscape is changing pretty rapidly these days,” SuperShuttle International president Dave Bird said in an interview with the AJC. wf 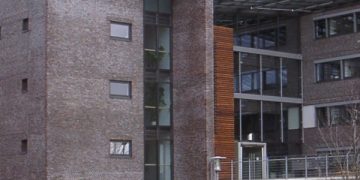