Senate bill would let Uber off hook for $11 million fine 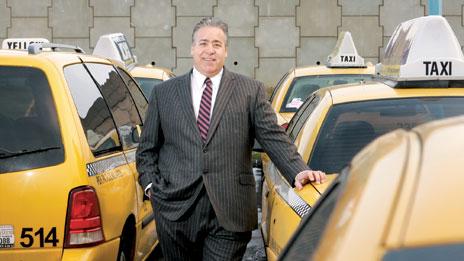 A state Senate bill expected to become law next week would reduce an $11.36 million fine levied against Uber for operating in Pennsylvania without permission to $250,000, the Pittsburgh Tribune Review reports. The bill has been criticized heavily.

State Rep. Margo Davidson, D-Delaware County, said that sends “absolutely the wrong message to law-abiding citizens and law–abiding businesses,” particularly taxi companies and drivers that long operated in accordance with state and local rules and worry about losing profits to ride-sharing companies such as Uber.

“They don’t get any retribution (against Uber) for being harmed in this way, and we’re going to limit the fines that can be paid by a multibillion-dollar company,” Davidson said. Typically an Uber spokesman declined to comment.

However, Uber representatives previously characterized the fine as excessive and said it sends a message that Pennsylvania is “unwelcoming to technology and innovation.” The company has appealed the Public Utility Commission fine to Commonwealth Court.

Senate Bill 984 overhauls state transportation regulations to allow companies such as Uber and Lyft to operate permanently in Pennsylvania. An amendment tacked onto the bill Tuesday by House members caps PUC penalties for transportation companies operating “without proper authority” at $250,000.

Uber and Lyft began operating in Pennsylvania in 2014 despite lacking permission from the PUC. The commission subsequently gave temporary permission to both organizations but also penalized them for their time spent out of compliance. In 2015, PUC officials reached a $250,000 settlement with Lyft. In April, the PUC levied the $11.36 million fine against Uber. That penalty will not be collected if SB 984 passes, according to a House Appropriations Committee report.Rep. Matt Gabler, R-Elk County, the amendment’s sponsor, did not respond to a request for comment. The bill’s primary sponsor, Sen. Camera Bartolotta, R-Washington County, did not respond to a request for comment on the amendment. She previously said she expected the full bill to pass a final vote in the Senate on Monday before it’s sent to Gov. Tom Wolf for final approval.

Fines the PUC collects go into the state’s general fund, and Davidson said taxpayers could benefit from an extra $11 million in revenue. Davidson voted against the amendment but still supported the wider bill because she said its benefits outweigh its problems.

Pittsburgh Transportation Group President Jamie Campolongo, whose firm this summer reorganized Yellow Cab of Pittsburgh as app-based zTrip Taxi, said he doesn’t care about Uber’s fine and added the Senate bill should usher in long-awaited changes that will benefit the industry as a whole. “There’s some good legislation in there for us,” he said. “As soon as they pass it, I can get on with my life and make a business plan based on the law.”