What`s new in the taxi world? Our bilingual ‘update’ summarises the international news of the last days and hours. As some of the links are in foreign languages, we recommend using a website translator. International News Berlin Film Festival: Panahi's Taxi wins Golden Bear: A film by dissident Iranian director Jafar Panahi has won the Golden Bear, the Berlin Film Festival's … END_OF_DOCUMENT_TOKEN_TO_BE_REPLACED 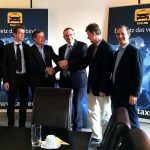 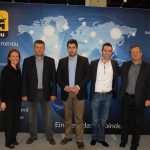 What is new in the taxi world? Our bilingual ‘Update’ summarizes the news of the last days and hours. We recommend using a website-translator because some links can be in foreign languages. Message of the day Taxi app reaches 90% of all taxis: After an extensive test phase the taxi industry in Germany has now announced the official launch of a joint app interface and also … END_OF_DOCUMENT_TOKEN_TO_BE_REPLACED