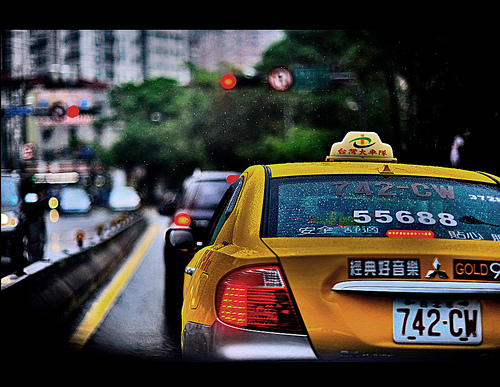 CNA reported that the MOTC made the request because Uber is illegally operating a taxi service and UberEATS is illegally delivering goods in the country. The Supreme Administrative Court has ruled that Uber and lalamove, another taxi service provider, have violated local law. There have also been disputes between the two businesses and their customers, the MOTC said in a press release.

Based on Taiwan’s consumer protection regulations, the Directorate General of Highways (DGH) has requested that Apple and Google embrace their social responsibility and remove the law-breaking businesses‘ apps to help protect Taiwanese consumers, according to the press release.

The move reaffirms the government’s determination to crack down on illegal taxi service providers, while also assuring the companies that if they do obey the law, officials will consider providing them with legal permits to operate in Taiwan.

The DGH noted that recently it helped GoGoVan, which operates a a delivery business similar to that of UberEATS, obtain licenses to operate a cargo shipping business. MOTC also called on the public to use only legal taxi or delivery operators to ensure their rights are better protected. This will minimize the likelihood of becoming embroiled in a dispute with an illegal operator with whom it is difficult to settle such disputes, the ministry said.

Earlier, Minister of Transportation Ho Chen Tan said that despite great interest shown by Uber in the Taiwan market, the government was not considering special legislation that would allow the company to provide legal taxi services in the local market. „Instead of engaging in providing taxi services, Uber should devote itself to other related services to comply with current laws,“ Ho Chen said.

Uber, a U.S.-based online transportation network company, has been illegally operating in Taiwan for three years, providing taxi services to individual passengers through its app and running ads inviting locals to join in providing such services with their own cars.

On a radio show in August, the minister said that Uber is using a technology that was made possible through the Internet. But he pointed out that Uber should not receive special treatment just because it is viewed as a business of the „sharing economy.“

As the government provides subsidies to taxi operators, the law requires that they offer safe and professional services to the public, he said, adding that Uber must also be subject to the same legal requirements if it wants to become a legitimate taxi service operator in Taiwan.