Taxi app reaches 90% of all taxis: After an extensive test phase the taxi industry in Germany has now announced the official launch of a joint app interface and also given the new product an equally promising name.

Unfortunately, the press has little or rather critical reports as an example from Austria shows.

Refueling after the day shift: The automobile club ADAC has for one year observed the development of fuel prices at German petrol stations. According to it, the price is lowest between 18h to 20h.

„The teamwork of the taxi radio circuits is our signal. The taxi industry is technically innovative, established and provides reliable coverage for everyone. “

The millions of investors: Since 2010, companies in the passenger transport industry have been drowning in foreign capital investment. First in USA, currently in Asia. Are the large investments coming soon to Europe?

Sales start for the electric Mercedes: In America it is already on the way, now the B-Class electric drive can be ordered here. The dealer premiere of the first standard electric car in Germany will be celebrated in two weeks, in other European countries at the end of February.

Free charging in Hungary: In Budapest recently two taxi lay-bys were opened, where E-cabs from the company „Budapest Taxi“ can be recharged for free. Such facilities are also planned at the airport.

Lexus gets into the taxi market: While the European Taxi Fair (7th / 8th November in Cologne) Toyota is putting the spotlight on the hybrid. Workshops and test drives will explain the technology. There is in addition to the long-running Prius also an absolutely new taxi premiere: The Toyota luxury brand Lexus has developed the GS 300 Hybrid as a taxi.

An ideal taxi: At least, the Citroen experts say this about their new model „Cactus“ and are showing at the European Taxi Fair also a taxi Cactus as a concept for a car. 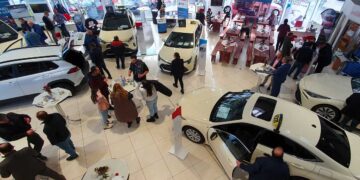 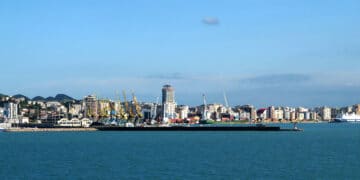