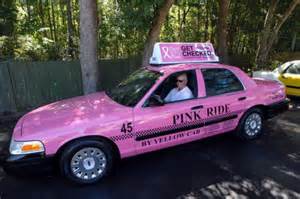 Owners of licensed for-hire transportation fleets gave more than $1.1 million to local charities of their choice in the last year, according to a new survey by the Taxicab, Limousine & Paratransit Association (TLPA).

Participants in the TLPA Community Connections programme are association members that donated to local charities throughout a 12-month period ending April 30, 2016. So far, 30 companies have reported donating a combined $1,132,363.27 to help charitable causes in 2016. These generous businesses gave to a wide variety of causes, including breast cancer, kidney disease, wounded veterans, hospitals, children’s wish campaigns and educational funds.

As in years past, the reported figures likely only represent a fraction of the generosity of the industry, said Dwight Kines, president of the TLPA, who noted that many more members simply do not report their generous donations to the association.

“We have an incredibly generous industry that is also extremely humble,” Kines said. “They don’t seek the limelight for their charitable contributions because they know that helping your neighbors, your cities, your hospitals, your nonprofits—it’s simply what you do to help make your community better.”