Taxi drivers get ‘counter-terrorism’ training to spy on passengers 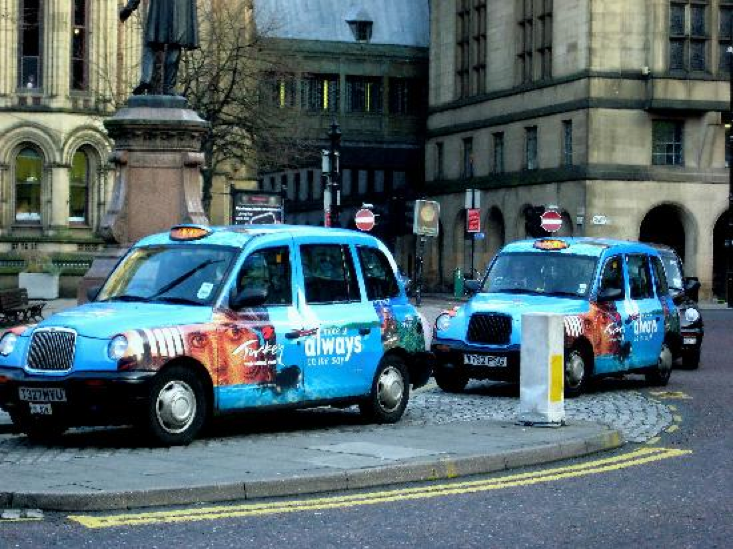 Taxi drivers in towns and cities across Britain are being trained to spy on local communities as part of Britain’s controversial ‘Prevent’ counter-terrorism policy. According to RT UK News/Middle East Eye, Dartford Council is the latest to introduce mandatory “knowledge” tests for taxi drivers, while councils in Yorkshire and Manchester already run the training programs.

The schemes have been so successful that some council staff are considering extending it to employees at takeaway restaurants and bars, Middle East Eye reports. Calderdale Council in West Yorkshire runs a flagship program which involves mandatory training for new drivers applying for a taxi licence, while existing drivers are made to take the course every three years.

“Taxi drivers can play a really important role. They can be our eyes and ears,” Neighbourhoods and Cohesion Manager Jo Richmond told Middle East Eye. “It is about helping them to understand when they may need to act.”

A Local Government Association document published in December last year describes how Calderdale provided Prevent training to 1,000 licensed taxi drivers in four-hour sessions over three months.“Taxi drivers have a unique reach into society. Ferrying passengers around, they get to see and hear things that the statutory agencies never could,” the document, entitled Council’s Role in Preventing Extremism, says.

Manchester City Council issued a handbook in 2015 which contained a section on terrorism and extremism. “The handbook has been developed to raise awareness about reporting crime and is an opportunity to encourage drivers who are the eyes and ears of our community to report intelligence and any suspicious activity to police,” said Chief Inspector Laura Marler of the Greater Manchester Police. Drivers are advised to trust their instincts in reporting suspicious activity.

A case study in the handbook describes a teenage girl on the way to the airport speaking on the phone with someone about meeting them on the border of Syria. Another example describes a driver discovering a mobile phone left in the taxi with a Nazi symbol as a screensaver.

Wayne Casey of the National Taxi Association criticized the controversial schemes and said trade organizations and unions had not been consulted in developing the courses. “Not only have we got to spot potential sex offenders, now we have got to spot terrorists. There are all kinds of courses and schemes that taxi drivers have to take on and they just seem to be getting imposed. At the end of the day we are only driving cabs,” he said.