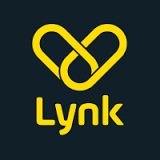 Irish taxi company Lynk is continuing its expansion across the Atlantic having secured a number of deals in the US over the past week with its international partner Riide, the Irish Independent reports. The Lynk/Riide joint venture was launched last year after a €25m investment allowed the two firms to partner up in a bid to expand into the UK and US markets.

It operates under the Riide moniker in the US and in the UK.

The new agreements, signed this week, will result in Riide trebling the number of drivers operating in the US. The company currently has 5,000 drivers operating stateside, but that figure will soon grow to 15,000 following successful negotiations between the company and US taxi firms in Phoenix, Arizona, this week.

Lynk was founded in 2015 in Dublin but the company has managed to carve out a major portion of the Irish taxi market in a short space of time. It has developed its own software, which enables it to tailor the service to benefit customers and drivers. It is heavily focused on pre-booking, and has garnered much of its business from corporate clients. The firm has 2,500 drivers in Ireland, with an average of 1,700 cars on the road at any time.

Lynk’s Irish operation has 11 taxi firms under its umbrella. Noel Ebbs, managing director of Lynk, said: „When you are in the business for a long time, you are able to get to grips with where the gaps in the market are. We saw those gaps and addressed the areas, developing the technology necessary to tailor our offering effectively.“

Ebbs said that the Lynk app can be used by customers in Ireland, the UK and America, providing users with a trusted service they can use when they are travelling. „We were faced with competition internationally, so we knew what we developed had to be equal or better to the apps and services that they had to offer,“ he said.

Ebbs added the high premiums being paid by Irish drivers was „casting doubt over job security for people interested in joining the industry“.