The Fagelviks Group has taken over the Umea Business Group. The major taxi group, which was taken over by an investment firm (H.I.G.) a few months ago, has swallowed a smaller taxi group. It can now serve the taxi market of a region where up to now it had been poorly represented.

With this transaction, Fågelviksgruppen further strengthens its position as one of the leading players in the Nordic taxi market through an increased presence in northern Sweden.

Fågelviksgruppen signed a contract with the family owners behind Umeå Business Group AB (Bernth and Ingrid Nygren and their sons Jörgen and Mikael) about the purchase of the group of companies. Jörgen Nygren will resume the post of local manager in Umeå and will collaborate together with Jan Ekenstedt from Fågelviksgruppen on the continued development of the company.

Umeå Business Group AB consists of a number of active taxi businesses (Umeå Taxi, TaxiKurir Umeå and Sverigetaxi Umeå). The group of companies also provides taxi services for other taxi companies throughout Sweden. With approx. 110 employees and a turnover of more than 220 MSEK per year, they are strongly positioned in the regional market. The acquisition includes all companies within the Umeå Business Group AB.

“After dedicating many years together with my family to the development of several taxi businesses with headquarters in Umeå, we are handing over the company with warm wishes to the new owners. We will continue to be represented through Jörgen Nygren, who will be the local manager of the company in Umeå. Together with Fågelviksgruppen, the Umeå Business Group will now have even greater opportunities to further develop its relationship with customers. I look forward to following the continued growth of the company, but now as pensioner”, says Bernth Nygren, who was general manager of the group of companies the entire time and promoted the establishment of the Umeå Business Group and its subsidiaries.

Fågelviksgruppen is one of Europe’s largest taxi organisations with around 5,000 vehicles in total. The company owns known brands such as TaxiKurir, Taxi 020, Taxi Skåne, Top Cab, Airport Cab, Sverigetaxi Stockholm, Taxi Jönköping, Taxi Stor & Liten Gävle, Taxi Helsingborg and Norges Taxi, as well as the development company Cabonline. The group of companies is established in Sweden, Norway, Denmark and Latvia. Fågelviksgruppen is owned by H.I.G Capital.

“Umeå Business Group AB is a very well-managed company that will complement us in many ways. Not least, it will give us a good basis for the continued development in northern Sweden, where up to now we have had only a small presence. By operating nationwide, we can offer an integrated taxi service in the entire country for large companies and organisations. The acquisition also includes a joint scale economy in the form of customer contracts and purchase, which provides competitive advantages for the taxi drivers on the market. Our services offered will certainly be strengthened by modern technology, financial services and dispatch for the taxi businesses“, says Ole Oftedal, VD of Fågelviksgruppen. 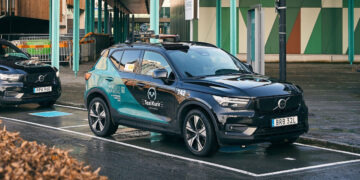 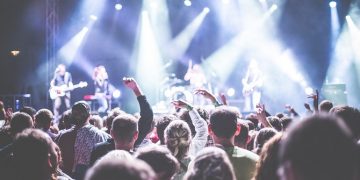