The new TX – All about design heritage 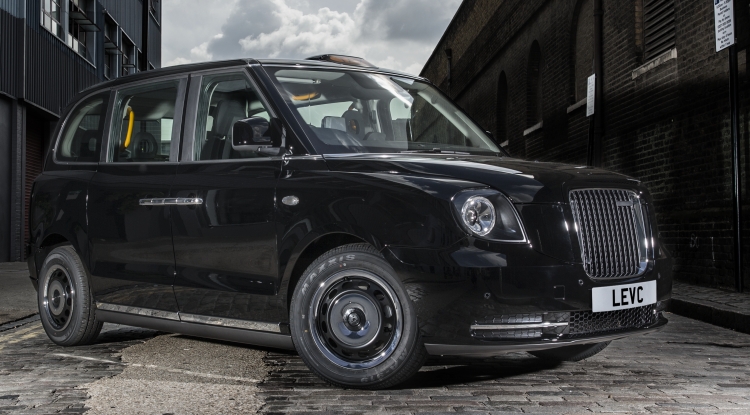 London’s taxis are icons. They are as much part of the city as Big Ben or the red buses. Since 1948 the London taxi model FX3 created in that year by the Coventry-based amalgam of Mann & Overton, Carbodies and Austin (much later called London Taxi Company) set the standard for London taxi models. The TX, LEVC’s new electric taxi, combines the company’s expertise as a manufacturer of urban commercial vehicles with proven electric vehicle technology and the latest in advanced material manufacturing.

The continuation of this design heritage – from the FX3 via the FX4 (1958) and the TX-series (from 1997) – is a combination of old and new and is reflected in the look of the vehicle. The instantly recognisable rectangular grille and circular headlights have been incorporated into a much more contemporary design, with daytime running lights, simplified lines, and an inset chrome frame to the grille. Similarly, the turned-around rear-hinged passenger door with 90°opening provides a more opulent entry and exit for passengers, reminiscent of the 1930s luxury saloons that in part influenced the design of the vehicle.

The new taxi has been built using the latest techniques in aluminium bonding. This avoids welding or riveting – which reduces the weight of the cab, completely offsetting the additional weight of the battery, whilst maintaining vehicle strength.

The TX uses eCity technology which combines a small petrol generator (known as a “range-extender”) with a class leading battery and proven electric powertrain. The eCity platform will give drivers a range of well-over 105 km on pure electric, and a combined range of over 600 km with its small petrol generator.

With this range, a driver could take passengers from London to Edinburgh or Paris without once needing to stop for fuel. In addition to this range, the move to electric will save drivers on average € 130 a week in fuel. LEVC will not separate out the cost of the battery – so called battery leasing – giving drivers a simple and clear weekly cost.

As well as the more premium feel, passengers will notice less vibration and noise in the passenger cabin, alongside charging points for mobile phones, Wi-fi and additional space for six passengers. The TX has also been designed to be one of the safest vehicles on London’s streets.

The cab retains its renowned disability access features. There will be a new retractable integrated ramp making it quicker and easier for drivers to load passengers in wheelchairs in a new forward facing position. Other accessibility features include induction loops for hearing aids a well as contrasting grab handles and seat edges for the partially sighted. One of the rear-facing tip-up seats also turns outwards.

Following the completion of LEVC’s extensive testing regime, the TX will be on London’s streets later this year. Trial runs are expected for October. TfL currently anticipate that, by the end of 2020, 9000 London taxis will be “zero emission capable” vehicles. At the moment there are 23.000 taxis on London’s streets – mainly TX4’s and some Mercedes Vito’s. wf