The Tesla runs as a symbolic taxi

In future will we be driving only electric taxis? And if so, when and what models? Our series shows the taxi-compatible developments and reports on the first missions in shifts. Part 1: Tesla

The vehicle of the future is electric and is fuelled at an electric plug (high voltage). But when does the future begin? Can today’s models be driven in everyday use in shifts? Are they affordable? These questions in the case of the Tesla Model S can be answered with a „today“, a „yes“ and a definite „maybe“. In Vienna, Munich and Oslo, the future is already here and the first Tesla taxis are already in use.

In Denmark, the future is already past. Because the cost, reliability and range could not compete with conventional taxis, the Tesla „Model S“ in the Copenhagen Taxi operation Taxi 4 x 48 North was taken out of the fleet.

Whether other taxi companies will have similar experiences, will be seen in a few years. The purchase price at any rate is very high. Usually you pay twice as much as for currently popular taxi models. The cost compensation begins after the first taxi shift, when the vehicle is connected to the electric socket and not the gas pump. To a conventional household socket with 220 volts, power for about 15 km can be loaded in one hour. The use of Tesla in shifts is thereby not possible.

During the shift, the vehicle will not run out of electricity for an average range of 300-350 kilometres is one of the best values among all currently available electric cars.

Which brings us to the next unique feature. The Californian company can only make electric cars. And that so well that the established competitors can hardly keep up. Little David asserts itself in the shark tank of the great Goliath. 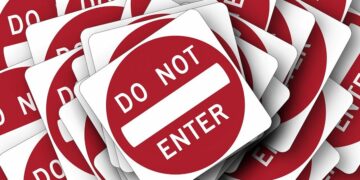 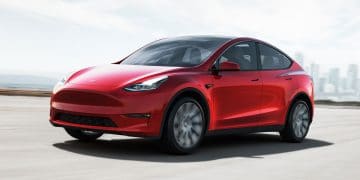