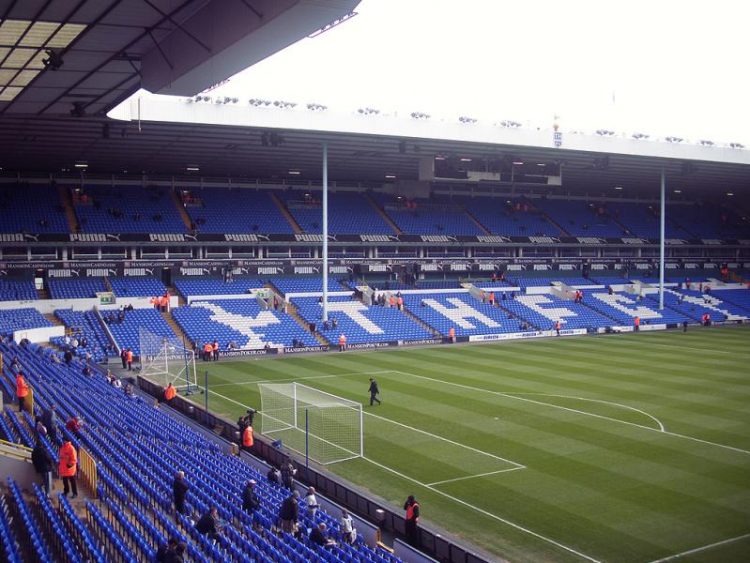 Can you imagine it? The Allianz Arena suddenly renamed as myTaxi Arena? Or the Amsterdam Arena, instead of being called Johan Cruijff Arena, to be rebaptised as Uber Arena? The Daily Mirror reports on what’s possible in the wondrous world of British football….

Spurs are spending £700million on the redevelopment of White Hart Lane and are keen to recoup up to £25million through a naming rights deal. Spurs‘ new ground could be called the ‚Uber Stadium‘.

In recent years, Tottenham have been accused of being unreliable, inconsistent and, often, not turning up at all. So it seems apt that their new stadium could be named after a TAXI company. The club have held talks with Uber over naming rights as they look to recoup up to £25m of the £700m being spent on the redevelopment of White Hart Lane. Spurs‘ revamped 61,000-seater stadium is scheduled to open in time for the beginning of the 2018-19 season.

The club opened discussions with the taxi app giant in July, with officials keen to secure a naming rights partner – a global brand – for the long-term.

Uber reportedly made losses of £1billion in the first half of this year, but the company is still valued at £56.5billion. Ideally, Spurs want to find a partner to sponsor the stadium for between six and 15 years. Club officials are also reported to have spoken to other companies as well as Uber. Another potential partner is the Qatar Investment Authority (QIA), a wealth fund eager to forge links with a Premier League club ahead of the 2022 World Cup.

Spurs are exploring other ways of raising funds, including hosting NFL matches at the ground, designed to include American football facilities and a retractable pitch.