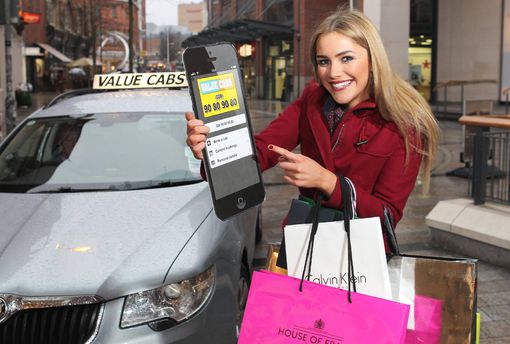 The boss of one of Belfast’s biggest private hire companies, Value Cabs, told the Belfast Telegraph he wants a level playing field for the industry and does not believe it is fair that high-tech rivals Uber are getting around regulations. Christopher McCausland, managing director of Value Cabs, said it was not correct that Uber was allowed to work under a different category of licence, meaning it does not have to abide by many of the rules and regulations his company must adhere to.

Uber’s drivers are moving to what is known as a class C licence, which defines them as chauffeurs that have to be pre-booked and do not have to display a traditional taxi sign. Uber, which set up in Belfast in December, uses a mobile app to allow customers to book cars, and then takes a cut of the fare.

Mr McCausland told the Belfast Telegraph: „We have been competing with Uber since they arrived, and have successfully grown our business since they have come to Northern Ireland. We now have more taxis on the road than before Uber arrived.”

He continued: „I think that there’s a loophole in the class C legislation and I don’t think that (it’s fair). I think that the Government understands it has left a bit of a loophole, and I think it will be addressed. We are not anti-Uber in any way. I think that they could operate under class B or A, but they need to fit meters and do what everyone else is doing in the industry.“

A recently introduced law for traditional taxi companies in Northern Ireland means that they have to install a meter and receipt printer. But minister Hazzard is planning a shake-up of the regulations system here. Speaking to the BBC about concerns over problems with the licences, he said he was „going to look to close the loopholes with class C, so if that has questions or issues for people, they have to consider that“.

Uber’s Kieran Harte told the Belfast Telegraph: „Uber moved to a class C license following a discussion with the department earlier this year. Class C licenses are a legitimate option, and it was agreed that this would best fit Uber’s business model. The department recently announced it would revisit the taxi and private hire legislation, and we’re looking forward to playing a role in this new review.“