What`s new in the taxi world? Our bilingual ‘Update’ summarizes the news of the last days and hours. We recommend using a website-translator because some links can be in foreign languages.

UberX launches in Leeds and Zurich: From November 15, people in Leeds can begin using UberX (UberPOP) amid ongoing disputes with traditional taxi firms. Uber is now present in three UK citys: London, Manchester and Leeds. A week ago, Uberpop startet in Zurich. The Zurich municipal council has given its express consent.

Minimum wage – wanted by national politics, boycotted by the local politicians: This is the conclusion one could come to if you look at the behaviour of the local licensing authorities in more detail. For this reason, the BZP appeals to the local authorities and health insurance schemes to finally to approve higher taxi fares.

»We were completely horrified»

Aleksandar Dragicevic, Chairman of the Cologne Taxiruf association on the contract offered by Deutsche Bahn. The railway company wants to increase the rent for the 50 taxi places at central station from 60,000 Euros to 160,000 Euros

Uber is said to join forces with Spotify: Soon Uber-users will be able to play their own Spotify songs in Uber-vehicles. The taxi industry can only dream of such a cooperation….

Attempted rape: In the South German city of Stuttgart, the police are searching for a taxi driver. He is suspected of the attempted rape of a passenger.

Taxi to prison: Since March, the Bavarian town of Landshut is assuming the taxi costs from the prison to the train station and back. This is cheaper than operating its own bus. However, among the population this service is somewhat controversial. 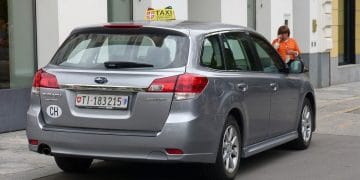 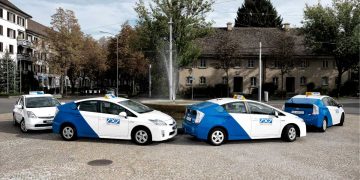