Boston says it does not need to apply taxi regulations to Uber, Lyft 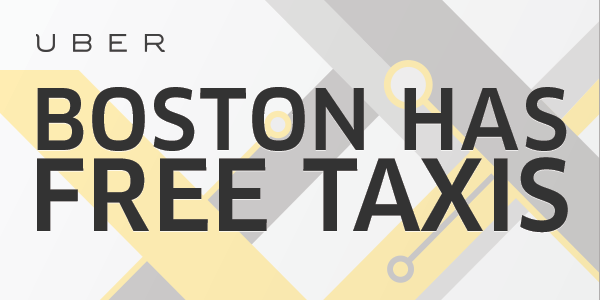 According to the Boston Globe, the City of Boston says it does not have to enforce taxi regulations on ride-hailing firms such as Uber and Lyft because a recently passed law dictates that the state will regulate those companies, according to a court filing last Friday.

The filing comes in response to a federal judge’s order in March, which gave Mayor Martin J. Walsh’s administration six months to revise its taxi regulations to include ride-hailing companies such as Uber and Lyft. Just months later, lawmakers agreed on a bill governing the companies.As a result, forcing the city to regulate such firms would conflict with state law, Boston officials contend.

The motion is part of a long-running battle between the city’s taxi industry and ride-hailing services. In January 2015, the Boston Taxi Owners Association sued the City of Boston, alleging that officials were violating taxi owners’ rights by allowing Uber and Lyft to operate under different rules than taxis and limousines.

A spokesman for the mayor declined to comment Friday. A lawyer for the taxi owners association could not immediately be reached for comment.

Advocates for taxi companies, which have decried Uber and Lyft for gaining market share while operating under more relaxed regulations, had initially hailed US District Judge Nathaniel M. Gorton’s order as a victory. Gorton found that under Boston Police Department regulations, taxis and ride-hailing firms were both “hackney carriages.”

The new state law that regulates ride-hailing firms calls for stricter oversight of Uber and Lyft, but did not go as far as the taxi industry had hoped. For example, taxi supporters wanted the state to require background checks of drivers that included fingerprinting, something Uber and Lyft are very much against.

Despite the new law, the taxi industry is not giving up its fight. Last week, the Boston Taxi Owners Association filed a lawsuit in US District Court against Governor Charlie Baker and several other Massachusetts officials, claiming that the new law is unconstitutional.

The group said it violated taxi owners’ equal protection rights by preventing municipalities from regulating ride-hailing companies under the same rules as cabs. The law creates a two-tiered system where two similar industries are governed in unequal ways, the suit contends.

The lawsuits have put the city in a tricky position, as both Walsh and his police commissioner, William Evans, have made public comments that have appeared to support taxi owners. In August, Walsh said that he wished the Legislature had given cities more control over Uber drivers, while Evans has long pushed for fingerprinting prospective Uber drivers.