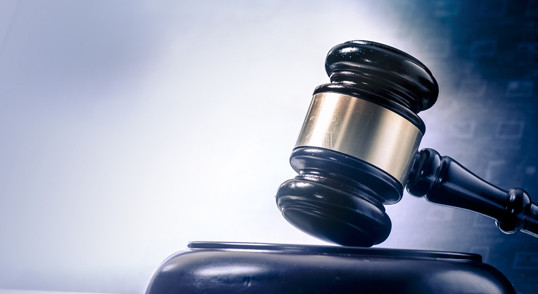 A federal court ruled last week that Uber drivers are subject to individual arbitration in a class-action case over background checks. This gives Uber a useful legal decision that it can use to use to avoid other driver class-action suits.

What happened? The Ninth Circuit Court of Appeals ruled that private arbitration agreements — a clause that Uber drivers agree to when signing up to drive for the company — were valid and enforceable in the case of Mohamed v. Uber Technologies. In this case drivers had taken issue with Uber’s background check practices. The decision reversed a previous ruling in the case, where a district court judge had deemed private arbitration unenforceable.

Private arbitration, a legal maneuver often used by companies according to business magazine Forbes, allows corporations to litigate against plaintiffs individually instead of through class-action lawsuits. Opponents of the practice argue that binding arbitration clauses give companies unfair advantages against workers, who typically do not have the time and resources to fight companies on their own. “Arbitration is a fair, speedy and less costly alternative to class-action litigation,” Theodore J. Boutrous Jr., Uber’s outside counsel at the law firm Gibson Dunn, said in a statement. “We’ve always believed our optional arbitration agreements should have applied in this case, and we’re pleased with the court’s decision today.”

While last week’s ruling is limited to the Mohamed case, it establishes a precedent that gives Uber ammunition to fight other class-action lawsuits. That includes a separate class-action case in which nearly 400,000 current and former Uber drivers sued to be classified as employees, rather than as independent contractors. “Today’s decision is not good” for the class-action suit where Uber drivers sought to be labeled employees, Shannon Liss-Riordan, the lawyer representing that case, commented.

The ruling comes months after Uber and Liss-Riordan had come to an agreement to settle the driver classification case for as much as $100 million. But last month a judge rejected the terms of the initial settlement as inadequate. If Uber files a motion to apply Wednesday’s ruling to the driver classification suit, that could force drivers in the case to turn to individual arbitration. Lawyer Liss-Riordan told Forbes the battle for her clients is far from over. She said she has more than 1,500 drivers signed up in California to pursue individual arbitration cases if necessary, and she urged any other drivers who wish to do the same to contact her.