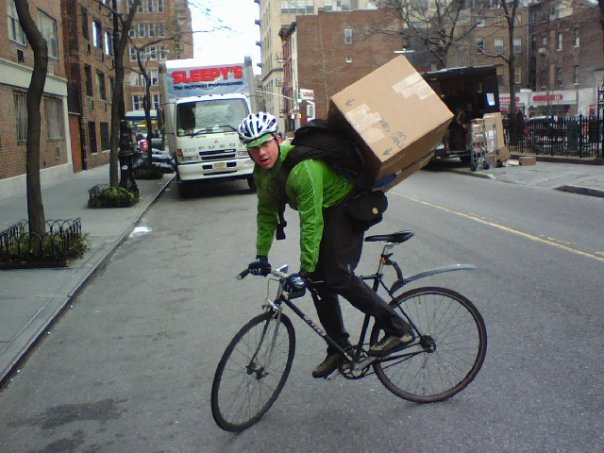 New York Taxi Workers Alliance marshals bike and foot messengers from traditional couriers and such app-based services as UberRush, Postmates and Caviar, writes Quartz. Usually when bicycle messengers and taxi drivers get together it’s when the messenger has collided with an open cab door. But last Tuesday morning, representatives of those two quintessential New York City professions stood in the sun outside City Hall and showed they had something else in common.

About a dozen messengers along with the leadership of the New York Taxi Workers Alliance announced the launch of the New York Messengers Alliance. The new group is dedicated to improving pay, benefits and working conditions for messengers, whose numbers have exploded in recent years with the growth of app-based delivery services including UberRush, Uber Eats, Postmates, DoorDash, Caviar and Zipments.

„We couriers have been exploited, we have been undermined, our bodies are constantly being injured while performing our duties,“ said Sadio Ballo, a veteran bike messenger and executive member of the new group. „We started the Messengers Alliance to fight back.“

Ballo, who now delivers for Caviar, broke his ankle while riding for Uber and is pursuing a workers compensation claim.

The group’s goals include the reclassification of messengers as employees rather than independent contractors, which would make them eligible for workers compensation. The New York Taxi Workers Alliance won a surprise victory last week when the New York state Department of Labor determined that two Uber drivers were eligible for the benefit. The Alliance had sued the department after the state agency sat on the drivers‘ applications without responding.