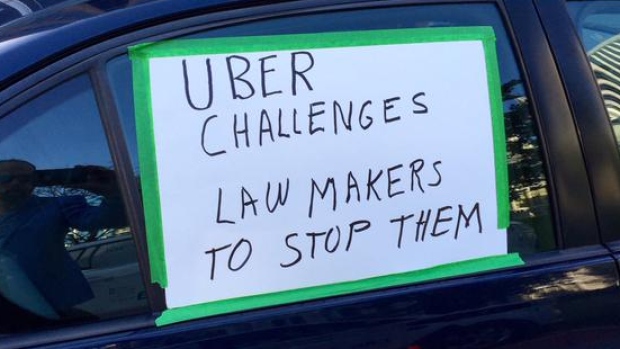 Uber’s arrival in 2014 prompted the City of Ottawa – Canada’s government centre – to new ‘vehicle-for-hire regulations’ to bring the ride-hailing company under local bylaws, writes CBC. The ride-hailing company that precipitated a change to Ottawa’s bylaws regulating the taxi industry has applied for — but hasn’t yet received — its licence under the new regime.

Uber Canada spokeswoman Susie Heath said in an emailed statement the company has been working for five months to become compliant under the new bylaw and says „all driver partners on the platform are fully compliant.“

„We have applied for our licence and look forward to receiving it from the City of Ottawa soon,“ Heath wrote.

Last spring, the City of Ottawa passed new „vehicle-for-hire regulations“ — the first jurisdiction in Ontario to do so — to bring ride-hailing services like Uber in line with the city’s taxi bylaws.

The new rules that come into effect today mean the companies must secure a licence to operate legally in the city, and must ensure their drivers meet various regulations.

When Uber secures its operating licence and officially becomes legal in Ottawa, Uber drivers will be allowed to make pickups and drop-offs at the Ottawa airport, after a deal reached earlier this week. The app-based ride-hailing service has operated illegally in Ottawa since October 2014, disrupting the traditional taxi industry in the city.