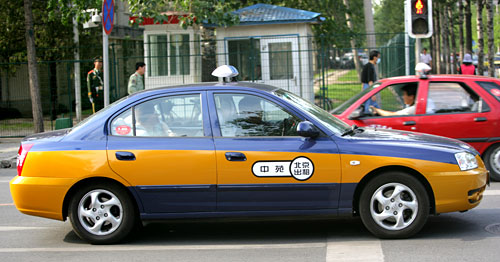 Forbes business magazine reports that China might have officially legalized online ride-hailing services just a few months ago, but now it’s making a U-turn. Its biggest cities are proposing new regulations that might curb the growth of an online ride-hailing market that consultancy Roland Berger predicts will reach 500 billion yuan ($73 billion) in 2020.

Recently, transport officials in at least seven major Chinese cities—including Beijing, Shanghai, Shenzhen and Hangzhou—issued draft car-hailing regulations as a response to the central government’s July guidelines, which authorized local governments to make their own rules on driver and vehicle qualifications.

Proposals from Beijing, Shanghai and Shenzhen, for example, said only people with local residency registrations—called hukou—can apply to be drivers on online ride-hailing apps. The three cities also ask for vehicle size including specific length measuring from the front of the car to the rear wheels. Drafts published by other cities contain various residency and vehicle restrictions as well.

Authorities are seeking comments from the public in the coming weeks. The drafts are subject to revisions following the consultation, according to Chinese law. However, it’s not certain if officials will release their findings.

Such rules, if implemented, are going to threaten the country’s sharing economy brands such as Didi, which counts Apple, Alibaba, Baidu and Tencent among its investors.

The tougher regulations will sharply increase the company’s spending in driver and vehicle review. Didi might have to come up with fresh subsidies to attract qualified drivers, said Ken Xu, a partner at Shanghai-based venture capital Gobi Partners. Didi, which has more than 80% of China’s private car-hailing market, says the proposals will limit the pool of qualified vehicles, double fare costs and triple average waiting time.

Less than 3% of Didi’s 410,000 drivers in Shanghai have local hukou and more than 80% of cars registered with its Shanghai app don’t meet the qualifications, according to a company spokeswoman. About 3.6% of drivers in Beijing have local residencies, and the number rises to 10.8% in Hangzhou, according to iiMedia Research, a Guangdong-based consultancy that tracks the online ride-hailing industry.

“Didi sincerely calls for local regulators to give equal work rights to local and non-local residents, so as to not to destroy the confidence and enthusiasm on entrepreneurship and innovation,” the aforementioned spokeswoman said in an emailed statement.

Smaller car-hailing apps including Yidao and Ucar also issued statements saying the proposed hukou requirements are too stringent. Behind the drafts are authorities’ attempts to ensure an even playing field between the apps and local taxi companies, said Gobi Partners’s Xu.

Chinese taxi companies, most of which are state-controlled, have to comply with stricter rules on a number of areas including fare pricing, vehicle emission and driver insurance coverage. Didi, by comparison, doesn’t have to pay driver healthcare benefits or conduct annual checkups on its vehicles, freeing the company to spend more on passenger subsidies. It instead works with Ping An Property Insurance to offer drivers and passengers insurance to cover accidents.

The number of rides at local taxi companies have dropped as much as 30% as a result of the popularity of taxi hailing apps, said Xu Kangming, an advisor to the Beijing Municipal Commission of Transport, who was quoted in Jing Hua, a newspaper managed by the government mouthpiece People’s Daily on October 9.  “Cities with strict taxi rules are most incentivized to promote the tougher ride-hailing rules,” Gobi’s Xu said. “For them it just looks fair this way.”2