Why does the city close the taxi industry’s doors on Camrys? 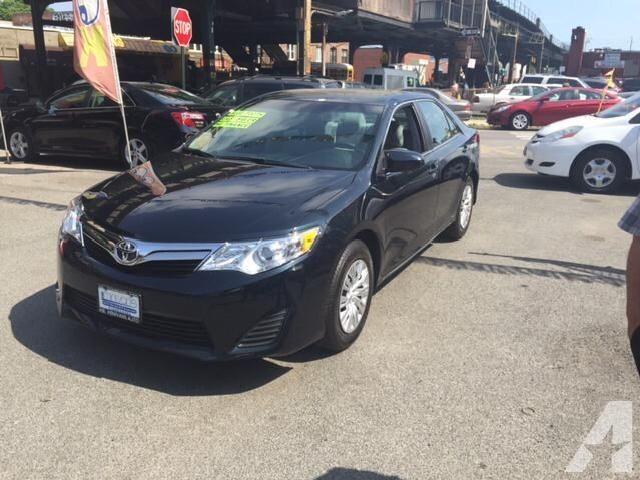 Thousands of New York City Uber drivers remain upset that the company’s fare cuts compelled them to provide more rides to make the same money. But switching to taxis is not an option, for a reason that would surprise many New Yorkers: These hardworking men and women are driving the wrong car. The city’s Taxi and Limousine Commission says their Toyota Camry hybrids are not fit to be yellow cabs.

The agency should end this ban, and not just to show that it really cares about these drivers. Its reason for excluding the Camry hybrid from the approved list of yellow taxi vehicles doesn’t make much sense. The TLC claims the hybrid’s size and comfort do not meet its standards for taxis. But the Camry easily fits four passengers and provides more than acceptable comfort for tens of thousands of car-service passengers across the city.

While the Camry hybrid is good enough for Uber, the TLC says it isn’t good enough for taxi passengers. The reason could stem from the TLC’s ill-conceived contract with Nissan and declaration of a specific Nissan model as the “Taxi of Tomorrow.”

Moreover, the Camry hybrid gets around 42 miles per gallon—better than most approved yellow taxi models. Letting the taxi industry utilize the Camry hybrid—as was allowed for many years—would lower costs for cab drivers and advance Mayor Bill de Blasio’s goal of reducing carbon emissions.

It would also make a real difference for drivers who are not making the $10,000 a month or $30 per hour they were promised, but instead are driving extended, unsafe hours on multiple ride-sharing apps just to make a living wage.

The TLC has already made recent moves to welcome more ridesharing drivers into the taxi industry with the introduction of its universal taxi driver’s license. The commission is clearly interested in engaging drivers who may be looking for better opportunities and want an easy transfer from the black-car segment to yellow cabs.

Many Uber drivers own their Camrys and must keep picking up fares to make their payments and avoid repossession; abandoning the vehicles is not an option. But they could rent a yellow-taxi medallion from a medallion owner or agent, outfit their Camry hybrids as yellow cabs and start picking up passengers—if the TLC would just approve the car.

In April, we submitted a petition to the agency on behalf of hundreds of drivers asking for this policy change, which would open the path to more income and more choice for drivers. Six months later, nothing has happened.

The taxi industry needs drivers. Drivers need choice and the opportunity to earn more money. Having drivers locked into lease or purchase contracts for vehicles for which they can only use in the black-car segment of the industry prevents both.

We in the yellow-cab world are not giving up on these drivers, and neither should the city. The TLC needs to recognize that technical barriers and regulatory imbalances are huge problems for the future of the taxi industry and the men and women who want to be part of it. Ending the ban on Camry hybrids would make yellow taxi fleets more environmentally friendly and cost-effective, and it would give struggling drivers a new lease on life in New York. These cars meet all the needs of the industry and would have absolutely no negative impact on riders. It’s time to let them become yellow taxis.

David Beier is president of the Committee for Taxi Safety, a group of licensed taxi agents who manage approximately 20% of yellow medallion vehicles in New York City.